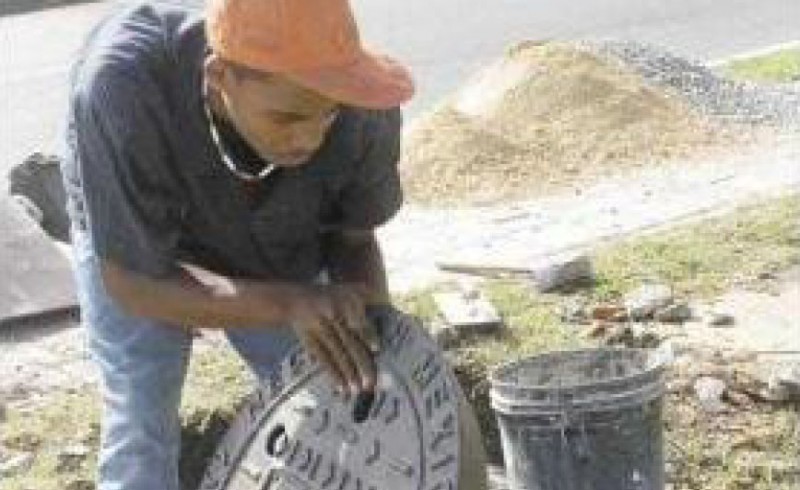 SANTO DOMINGO. The City Council of the National District began yesterday the replacement of the metal covers of the sewers and filters of the streets by other plastic, to try to avoid that they are stolen by vendors and processors of iron. The covers, which are built in ultra-resistant recycled polypropylene, will remain attached to the pavement
by a hinge and have a safe to prevent them from being lifted. The first units of the tapas were placed on a trial basis by an operation led by the district trustee, Roberto Salcedo, in the Colonial Zone, starting from Avenida del Puerto. “With the placement of this new model of filtering cap, will be behind this desire to steal a cap to melt in the National District, and these are more durable than metal,” he said. According to Salcedo estimates, a thousand metal caps have been stolen in the capital, which will be replaced by DNA. The cost of the batch of plastic caps would be between 5 and 6 million pesos, as reported. The units
they are acquired entirely in Mexico.

“We have received the first from Mexico that will be installed in the different roads, especially in the most
of Santo Domingo, and obviously this is not going to be limited to the main roads, but also to the interior of the neighborhoods where this problem exists “.